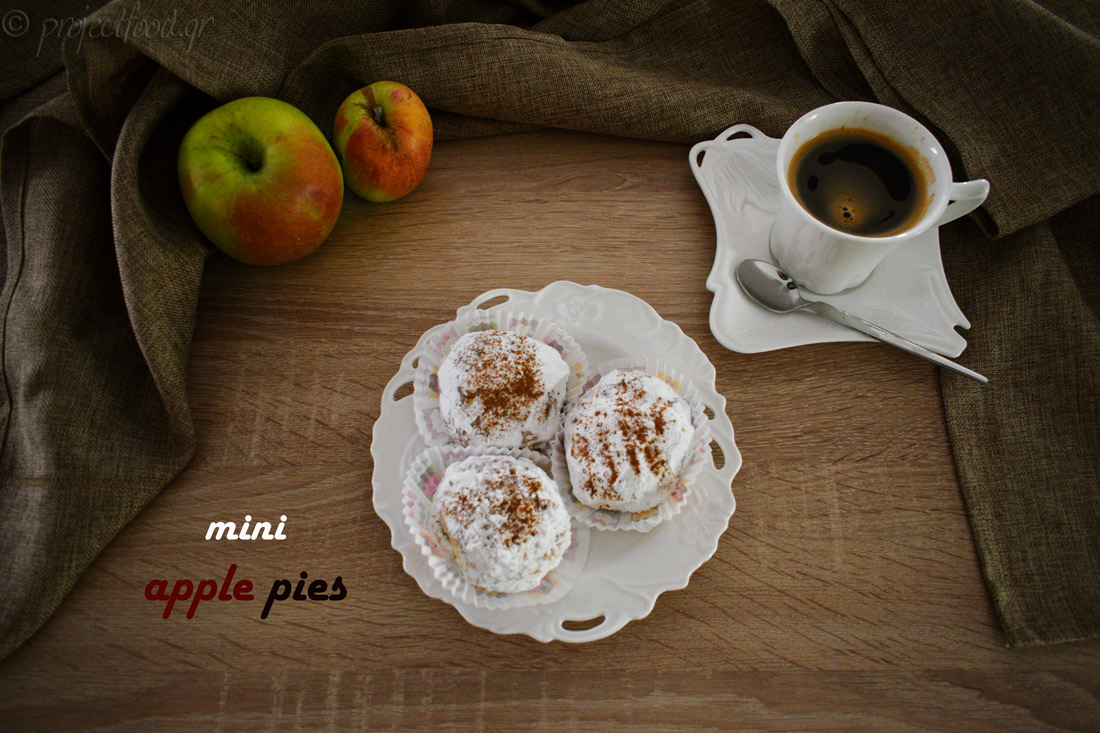 The season of apples has already come  and I do not hide from you that from the very first moment that I noticed them in the market, I craved hot crunchy apple pies, delicious and scented, that sparkles the aromas of apple and cinnamon! But these aromas bring to my mind a sence of winter don’t you agree? And as I believe that you have to create the proper scenery to enjoy your food -or your desert in this case-, I waited for the right moment! Because we enjoy something with all our senses  don’t you think? Now that the weather has become colder, burn your fireplace, make your hot coffee and enjoy these delicious apples! Wonderful! Cut the margarine into cubes and place it in the mixer bin, along with flour, yoghurt, half a glass of sugar and salt, and knead with the hook for 5 minutes. The same procedure can be done with the hands, it will just take a little longer. Peel the apples and grate on coarse grater attachment.

In a non-stick cookware, place the apples, brown sugar and cinnamon, and cook  them at a high temperature,until all the liquids are evaporated.

Add the walnuts and set aside for a while to cool . Divide the dough into 26 balls of equal size. Take each ball of dough, press it in your palm, place a teaspoon of the filling and close carefully by making a round shape with our hands. Arrange the apple pies on a pan covered with baking paper.

Bake in a preheated oven at 170ºC until golden brown.

Let the apple pies cool and then cover with sugar and sprinkle with cinnamon.